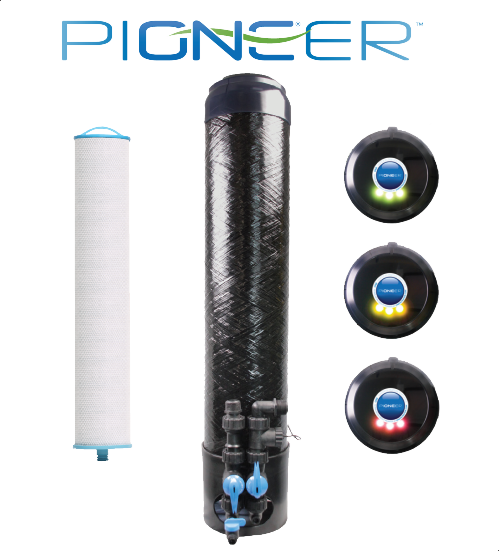 Perfluorooctanoic acid (PFOA) is an exclusively man-made compound that is commonly used as a surfactant (a chemical coating that prevents things from sticking or penetrating) in a wide array of applications, including the treatment of different types of apparel, upholstery, textiles, and carpeting. PFOA can also be found in different types of sealants, firefighting foam, coated food paper, and non-stick cookware.

PFOA contamination and toxicity has come under serious scrutiny during the past 15 years, culminating in 9 companies (including 3M) phasing out production and the USEPA declaring PFOA an emerging contaminant in March of 2014. Due to the inherent stability of the compound (having a half-life of over 92 years in water and up to 9 years inside the human body), studies have found that PFOA can readily accumulate in the environment in water and soil, while also using that same stability to bioaccumulate and biomagnify inside of animals. Although the human body is much better at breaking down PFOA than the natural methods found in the atmosphere (photooxidation, photolysis, and hydrolysis), a half-life of up to 9 years is still an incredibly long time for only 50% of the ingested compound to be eliminated from the system.

Studies on how PFOA can negatively affect human health have determined that it concentrates primarily in the blood, kidneys, and liver. This can lead to kidney and liver disease (both cancerous and non-cancerous), while also being indicated in a systemic nature (as blood can carry PFOA throughout the body). This portable nature has led to PFOA being associated with developmental disorders (ADHD, delayed puberty), reproductive issues (increase in infertility, decrease in semen quality, birth defects), and thyroid disease. However, it is important to note that since PFOA is a relatively newly researched contaminant, more studies must be conducted to get a concrete idea of all affected systems (and to what degree they are affected).

Detecting PFOA in Your Water

Because environmental factors have such a difficult time breaking down PFOA, it is most likely present in trace quantities in the majority of water sources; for example, it has been measured in low to mid-level pg/L in the Arctic ice caps. Those at the highest risk are individuals living near a plant that either manufactures PFOA or uses PFOA in the manufacturing process of other items. PFOA does not have a distinct color, odor, or taste, so the only way to determine how much is present in your water is to have a sample tested at a certified laboratory outfitted with the proper test equipment. The EPA has set a provisional health advisory of which recommends a level of less than 0.4 μg/L (also known as parts per billion [ppb]) for drinking water, while Minnesota, New Jersey, and North Carolina have also established their own treatment objectives for PFOA concentrations (0.3 μg/L, 0.04 μg/L, and 2 μg/L respectively).

CDN$247.00
PFOA is too large of a compound to fit through the pores on an RO membrane, thus causing it to be rejected.
- More Info -
Enpress PIONEER Point-Of-Entry Filter System
Part# CTA0840BBKP5-04C00